Good afternoon fellow crafters and welcome to day 1 of our blog hop. To celebrate the launch of the fab new stencils over at STAMPlorations all us girls are creating something to inspire you. Here is my card for day 1- 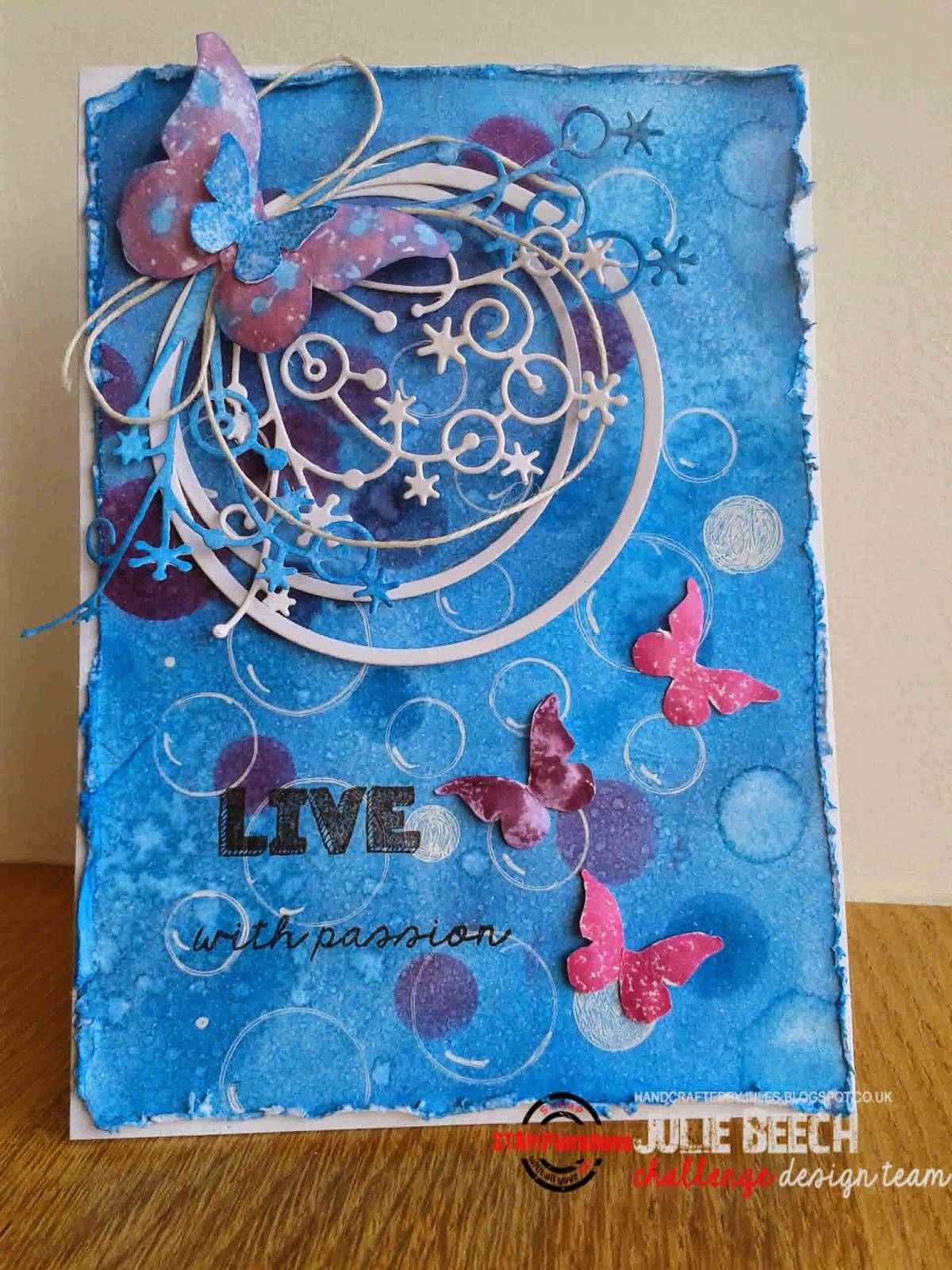 This card features the Bubble stencil used in lots of different ways to create the background panel.
I had such fun playing around with this, hope you'll enjoy it too.

First I inked an A6 piece of white card using Salty Ocean DI, then added the darker dots by adding more Salty Ocean and Picked Raspberry through the stencil with a sponge. I moved the stencil around only using a few of the circles. I used a damp brush and the stencil to bleach out some more circles then sprinkled water over the whole panel to give even more texture and interest. When dry, I used a white gell pen to create bubbles by drawing around the outline on the stencil and roughed up the edges a bit.

I had a circle fest going here so continued by adding a couple of die cut card hoops and added some linen thread and two MB Snowflake corners (I know, but they don't look like snowflakes and they had circles on them!). I coloured one in blue to match the background and cut it in half, then fixed them all in the top left.
On a piece of scrap card I stamped some Trendy Butterflies in Salty Ocean, Picked Raspberry and Seedless Preserve then fussy cut them and mounted them onto my panel after stamping the text LIVE 'with passion' from the same set.
Job done. 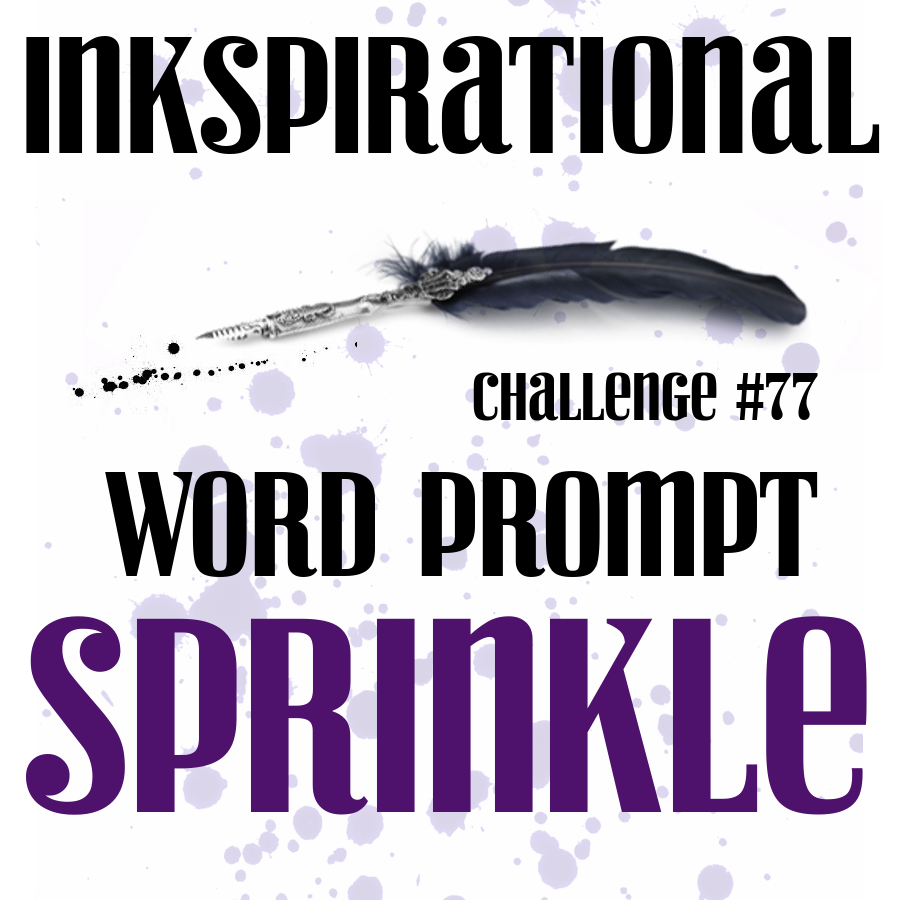 See you back here same time tomorrow for more inspiration.