Afternoon folks.
Couldn't join in with National Cardmakers day yesterday as I was out shopping with Nich but I'm back in the craftroom after Ben and Co have returned up the M6.
Its great to have them over but he is an early riser and I'm a tad tired now.
The cold front has arrived as promised and there is definitely a chill in the air. Better make the most of the sun though as rain is forecast tomorrow if not later on today. I shall be out to cut the grass after lunch or when Al returns from removing Crassula from the top pond. It is an invasive plant that came from New Zealand for use in aquariums but escaped and is now choking ponds across the country. It was so thick that Max could walk across it, so it has to go as sheep will no doubt try and they will end up stranded or drowned! Al has been researching how to get rid but not with much success. Its a type of succulent so any bit left will reshoot and start the process off all over again.

Anyway while he's up there I have been playing and here is the result. 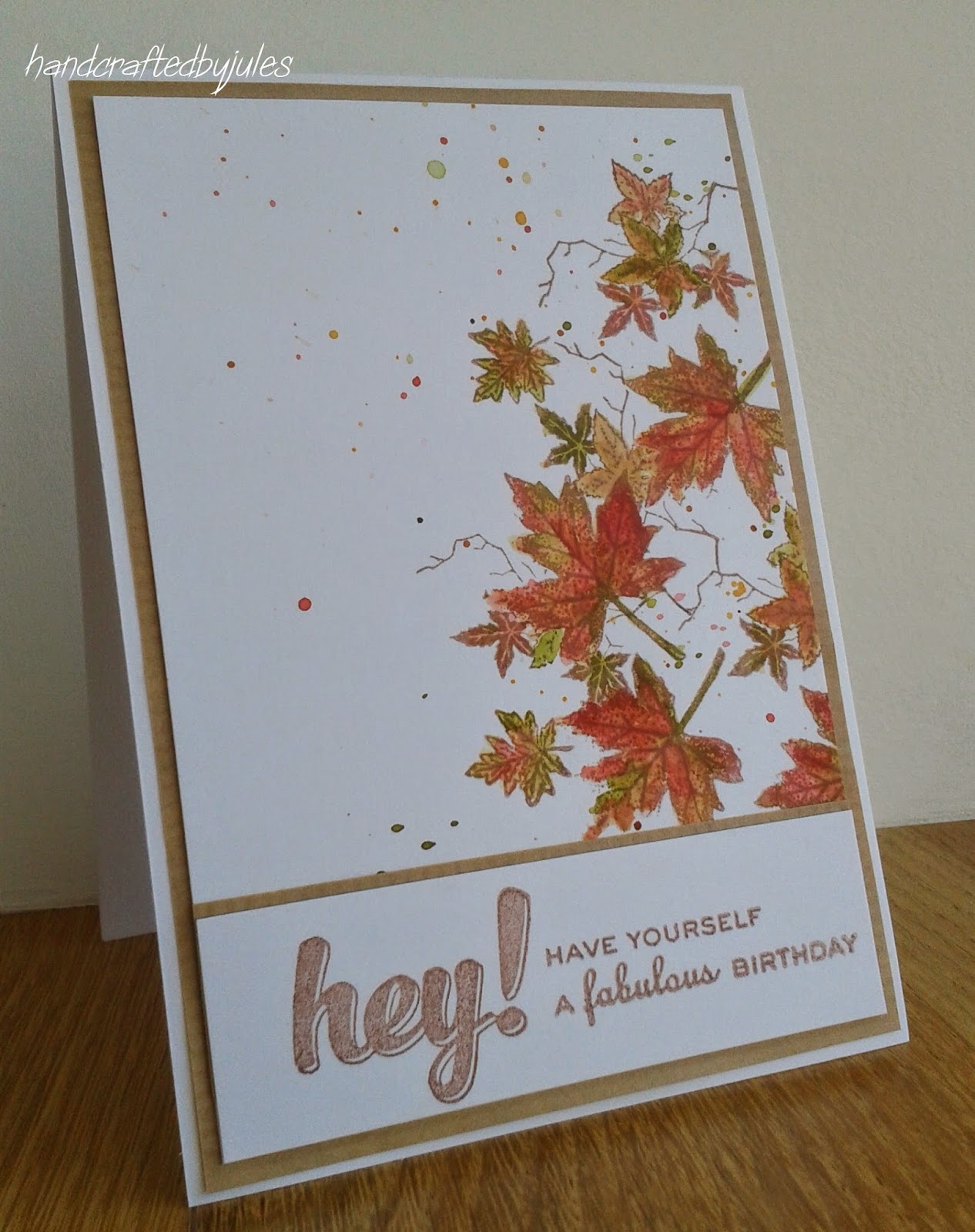 I made it with a few challenges in mind especially the one over at Muse where the fabulous Kimberly Wiener is their Guest Muse. This is her fabulous card. I made mine using a selection of Creative Expressions stamps, a SU sentiment and one from Personal Impressions, stamped with Versafine Vintage Sepia. Spatters in coordinating colours.

As the challenge at AAA is watercolour I forsook the brushos for a softer w/c colouring effect. I do prefer the bold colours of Brusho but hey its good to play with other media.

I shall also enter the challenge at
Allsorts - Autumn 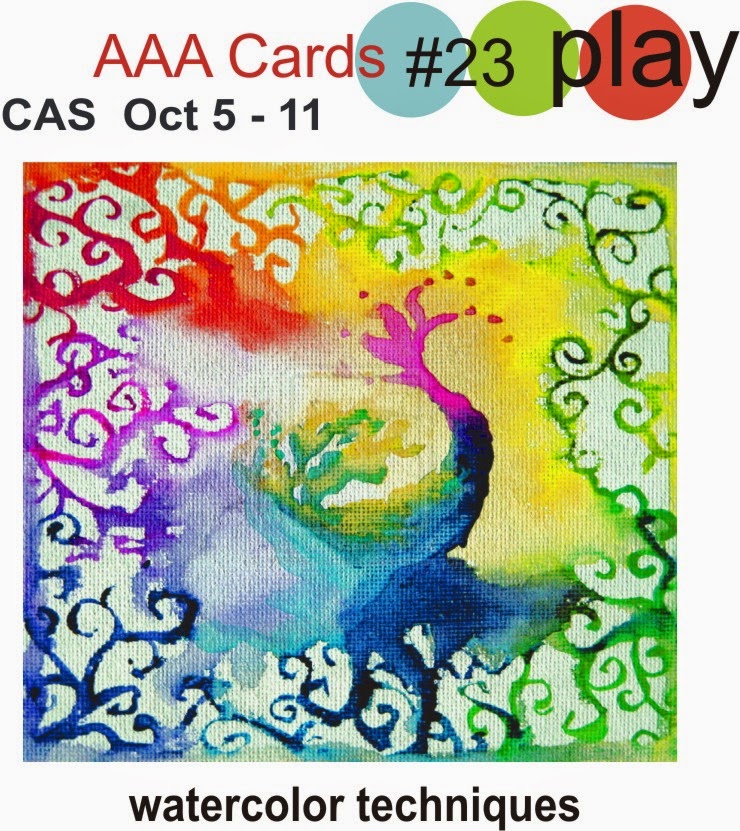 OK, that's about it, thanks for popping by.