Evening all.
It's been another fabulous day here in the Shropshire countryside and a fantastic sunset to finish off.
I can't believe it's almost October and we are still having days in the low 20's. I suppose its a compensation for the awful August we had!
I saw the Muse card at the beginning of the week but it's taken me this long to get my finger out!
I really wanted to take part this week as the guest Muse is my teamie from ATSM, Anita. Her card had an Art Deco feel about it but I went with a Christmasy feel. 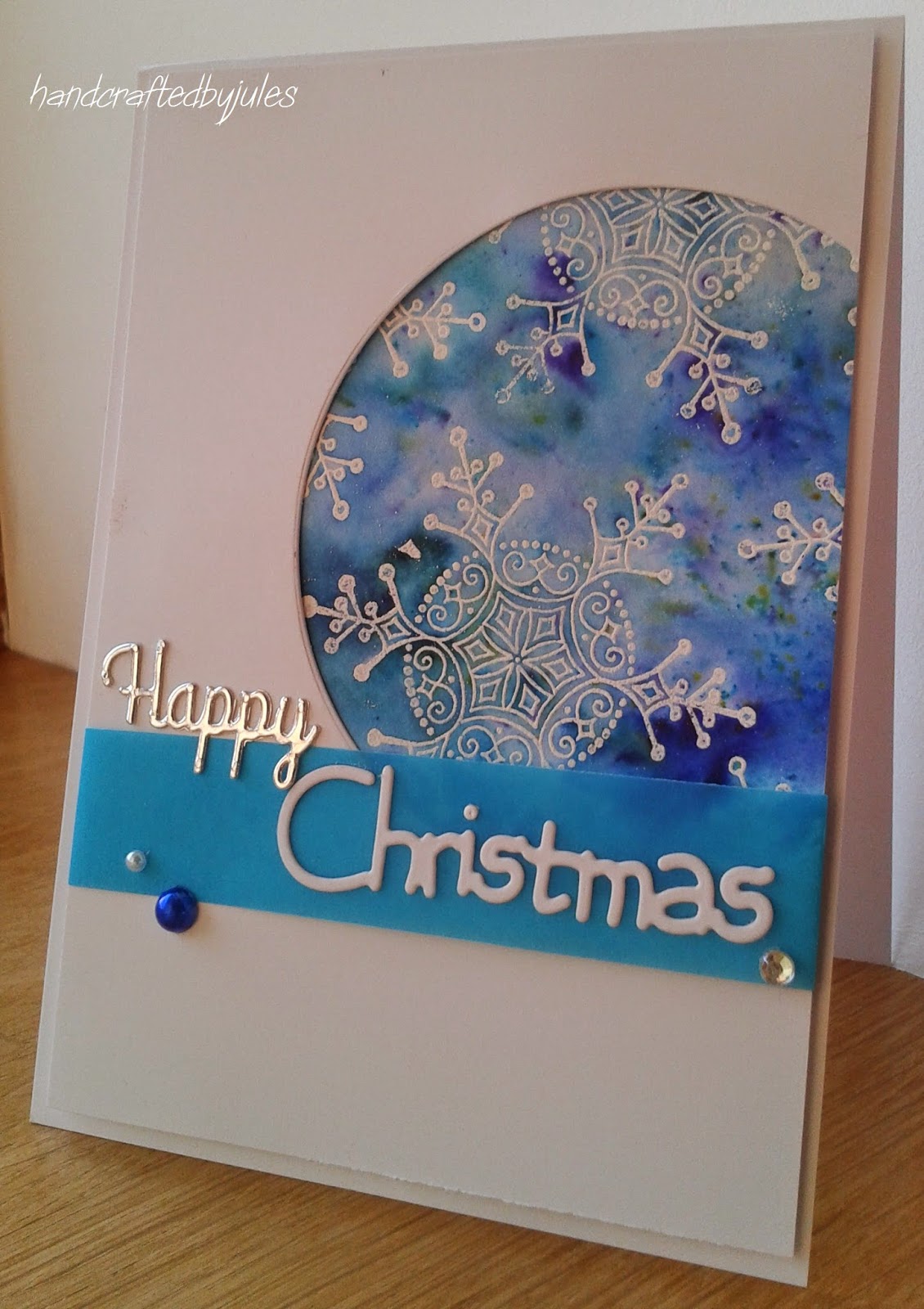 and this is Anita's card 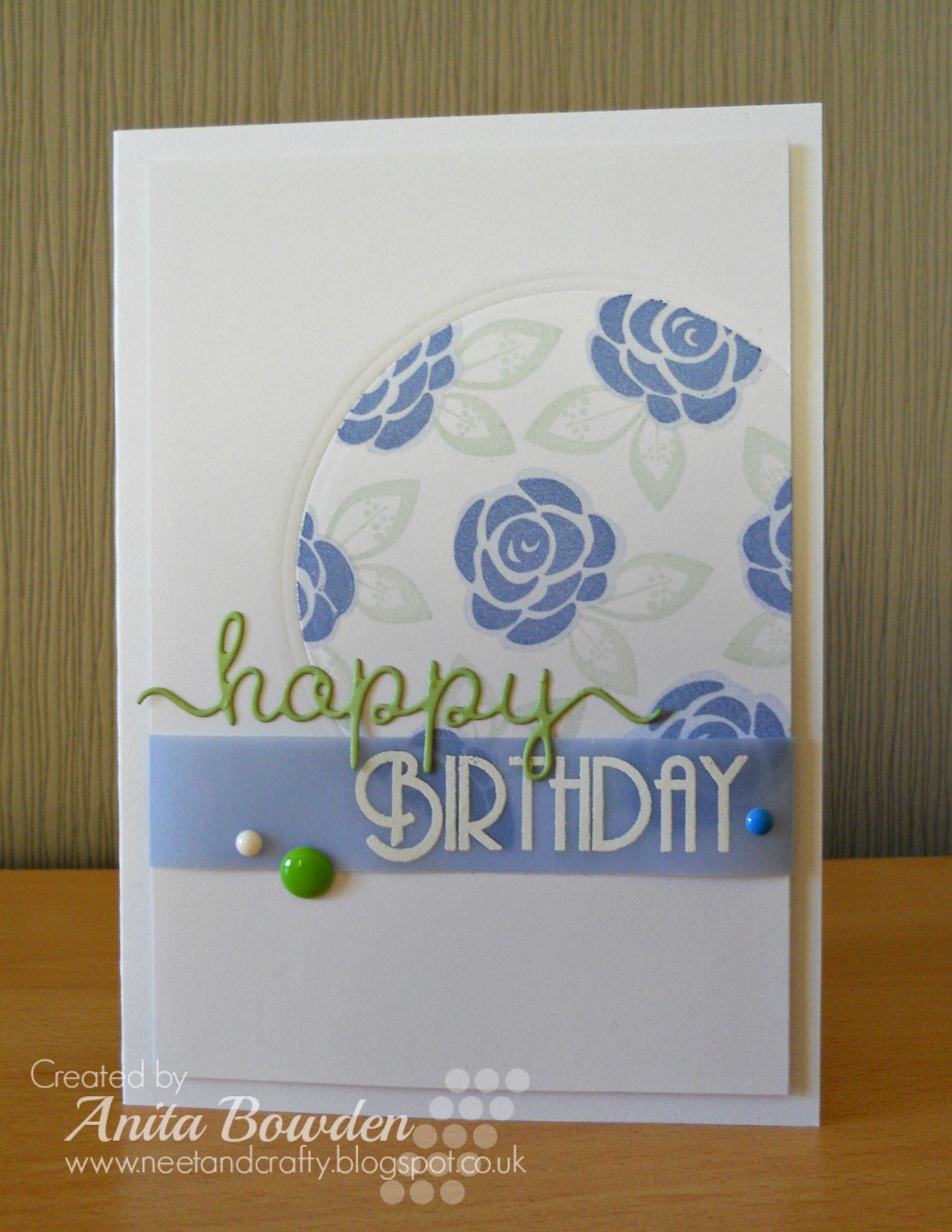 You can see that I've basically taken Anita's card as a sketch and gone with a Brusho panel heat embossed with detail white using a Stampendous snowflake stamp.
I really am enjoying playing around with this medium, it gives a real vibrancy to the work.
I tried two ways with this panel, first create then stamp, which gives a really intense effect but I eventually went with emboss first then add the brusho and spritz. It gave a softer look which I could add to if I felt it wasn't dark enough.
I die cut both sentiment halves, one in white on the vellum the other in silver. Hope the pic comes across OK, the light was going as I took it. Lot's of shadows cast in my usual spot plus mucky windows thanks to hubby's pointing activities!

OK that's about it, thanks for stopping by!
Posted by Julie B