Good morning folks.
Another grey day here and a few more ahead if the forecast is to be believed. Still at least the white fluffy stuff is keeping well away.
Today sees the start of a brand new challenge over at Cardz4Guyz. This week we would like to cards that have the theme of -

SOMETHING BEGINNING WITH C

Cars, cricket, crocodile, cats, cute, were among the words that came to mind but I settled eventually for C for Cow! 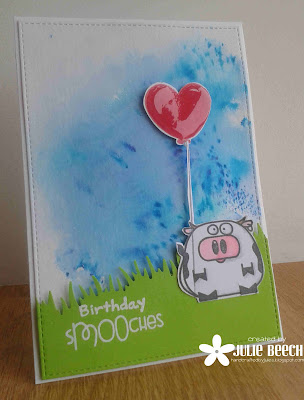 This fun character is from the Chubby Chums set from Paper Smooches as is the sMOOches sentiment. I decided he looked a little lost out in the field on his own so added a Wplus9 heart shaped balloon to go with the sentiment.
The background was simply a panel of MM paper with some Zigs scribbled over it and then spritzed with water and a little sprinkling of Brusho before it dried completely, allowing the crystals to give added texture. The layout is from the sketch at CAS(e) this sketch, the background panel overlayed with one of green with a grass effect edge. The stamped balloon looked a little flat so I added a layer of Glossy Accents. Simples.
For more fab inspiration check out the rest of the team here and join in, we would love to see you in the gallery.

I'm joining in over at - 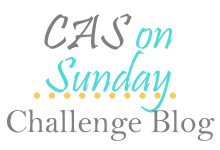