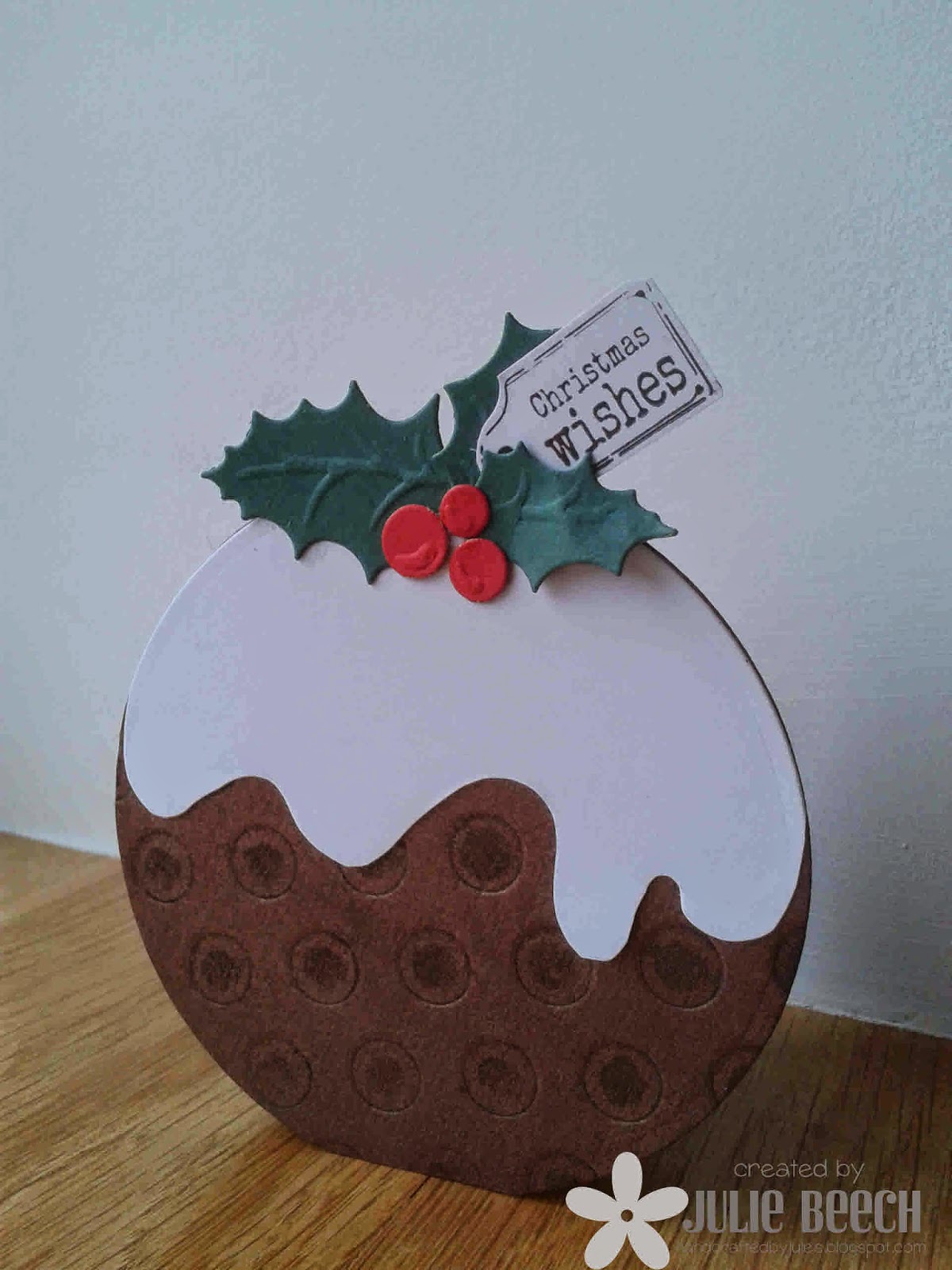 I made this with the challenge over at CASology in mind. I saw the pudding card that Gillian made then thought I would use a stamped pudding but I couldn't think of anything that was different about the idea, then decided to make a pudding shaped card instead.
It's really simple to make :-
1. Cut 2 circles of brown card
2. Cut a half circle in white
3. Ink an embossing folder on the dots then emboss one circle
4. Crease the other brown circle on the left hand side to form a hinge and glue the front to the back at this point.
5. Trim a sliver off the bottom of the circles to allow it stand upright
6. Cut a wiggly line in the white half to represent the sauce
7, Decorate the top with holly cut outs (Lea bilities) and a fussy cut LOTV sentiment tag.
Voila, simples.

I also have a quick card for you that showcases the watermark made by the fabulous Kylie.
Over on her blog she is running a challenge for the chance to win a personalised watermark of your very own. You have until the 21st December to make a Christmas card to be in with a chance to win.
This is my card which uses a smaller version of my CAS black and gold tree but with the addition of a little bit of bling! 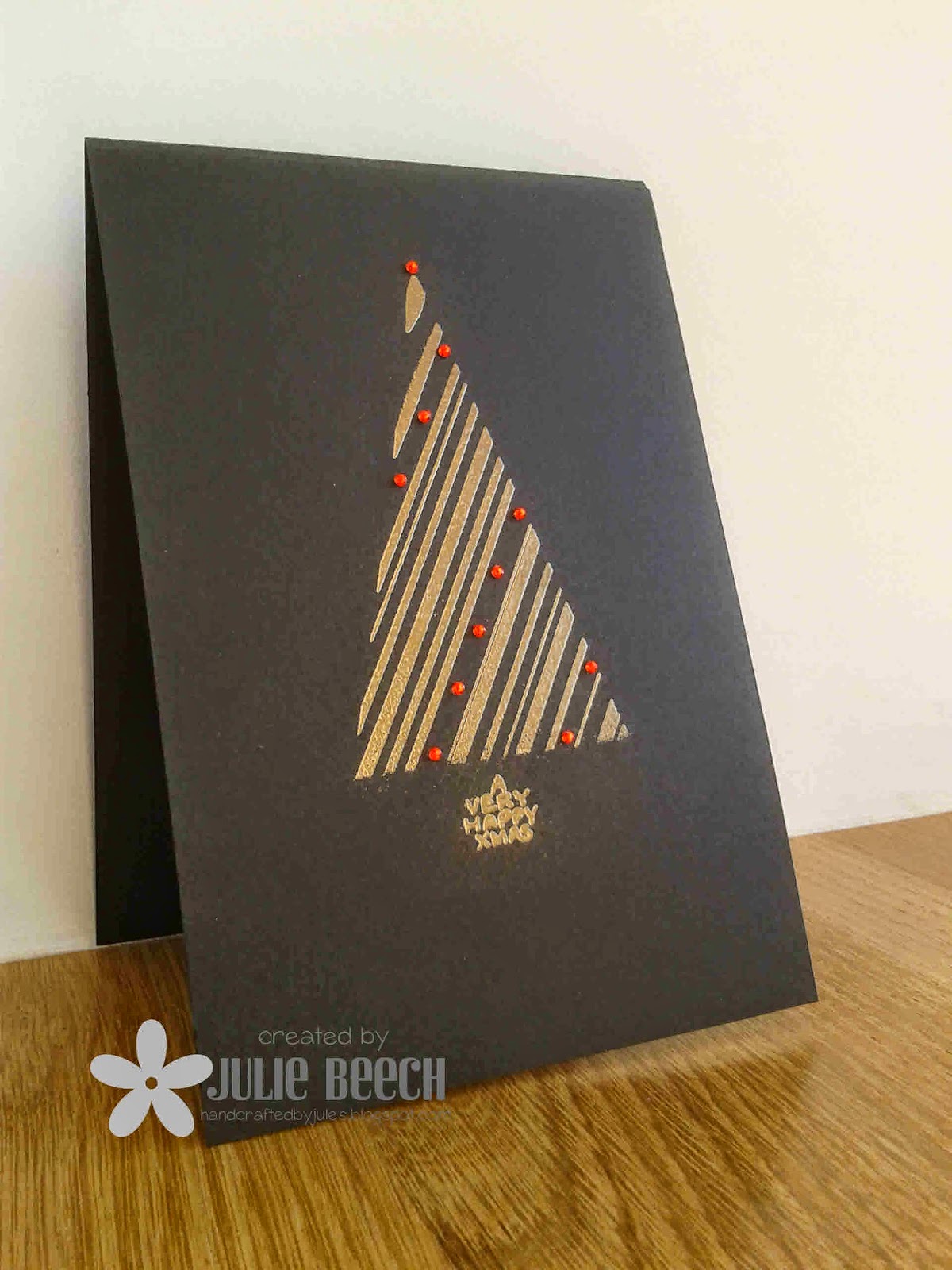 So why not pop over and join in, you never know unless you do!