Earth Tones at Less is More

Just a quick post this evening as the day has just whizzed by. I have been absent from the craftroom all week for one reason or another so I haven't had chance to join in at Less is More where the theme of the week is -

I think I will just about get this posted and entered in time. 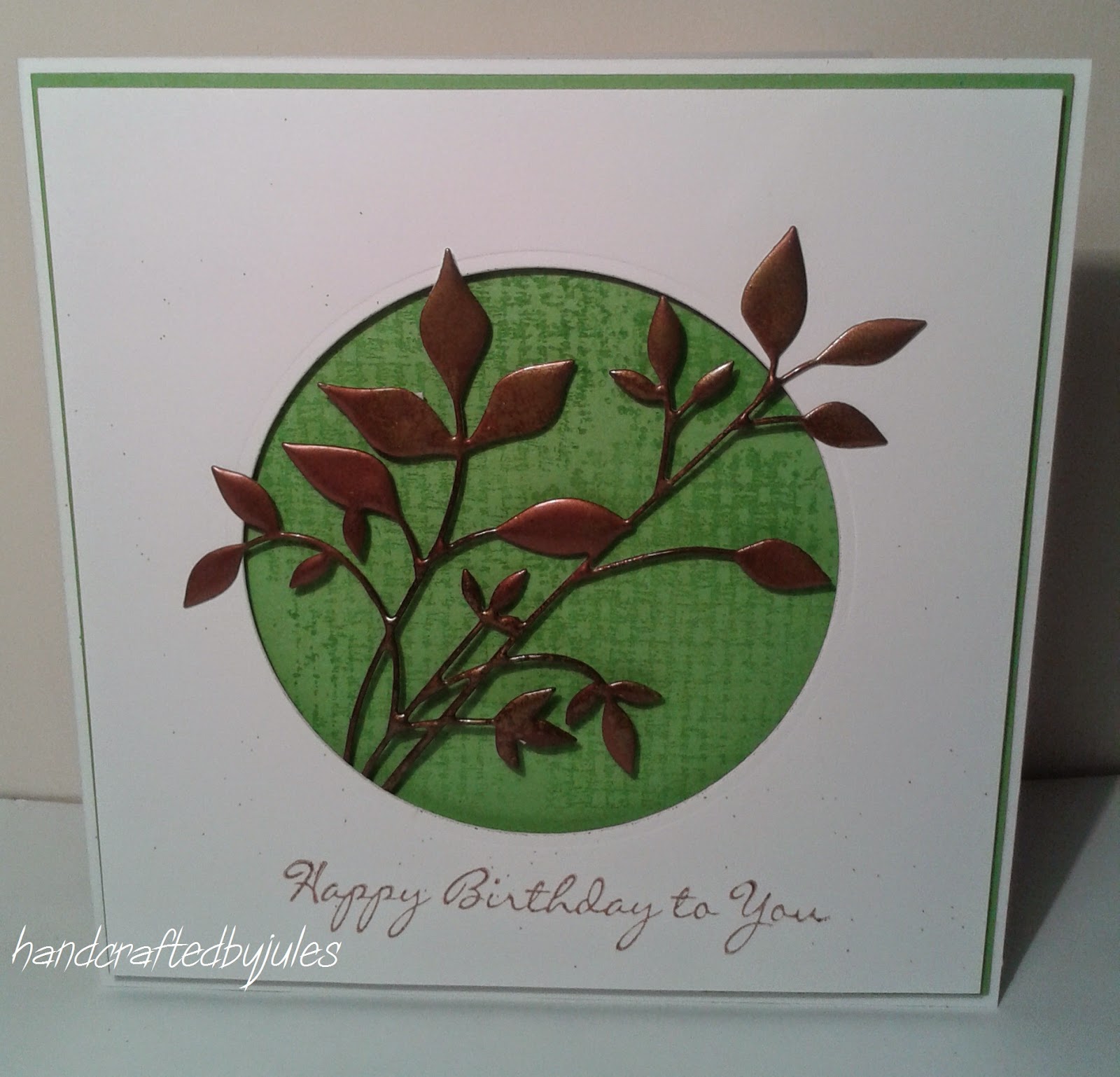 Apologies for the poor photo but its a bit dark now! I've used that MB Fresh Foliage die cut which I coloured with copper and gold heat embossing powder. The background green was stamped with a texture stamp in Versamark. The aperture was lying around on my desk so thought I would use it.

OK, I said it was a quick post, so that's about it.

Don't forget there is still time to enter the CAS challenge over at Fantasy Stampers - just use an old fashioned one, no digis