Morning all.
I just got ready to take Max for a walk but when I opened the back door it was raining cats n dogs, definitely time to wait until it stopped or at least slowed. Max took one look out, then turned tail! So I'm back in the craftroom posting a scrapling I made at the weekend.
What is a scrapling I hear you ask, well according to Virginia over at Virginia's View it's the bit of card leftover from A4 when you make a square card made into another card or tag.
For this month's challenge she would like us to make a tag or a card or both with a little bit of recycling included. Well I love a bit of recycling as I never throw anything away, ask my co workers, husband, kids and friends! I have boxes of off cuts and can't bear to throw odd bits of ribbon you get on clothes labels and new tops that poke out from your new top!

Anyway here is my card:- 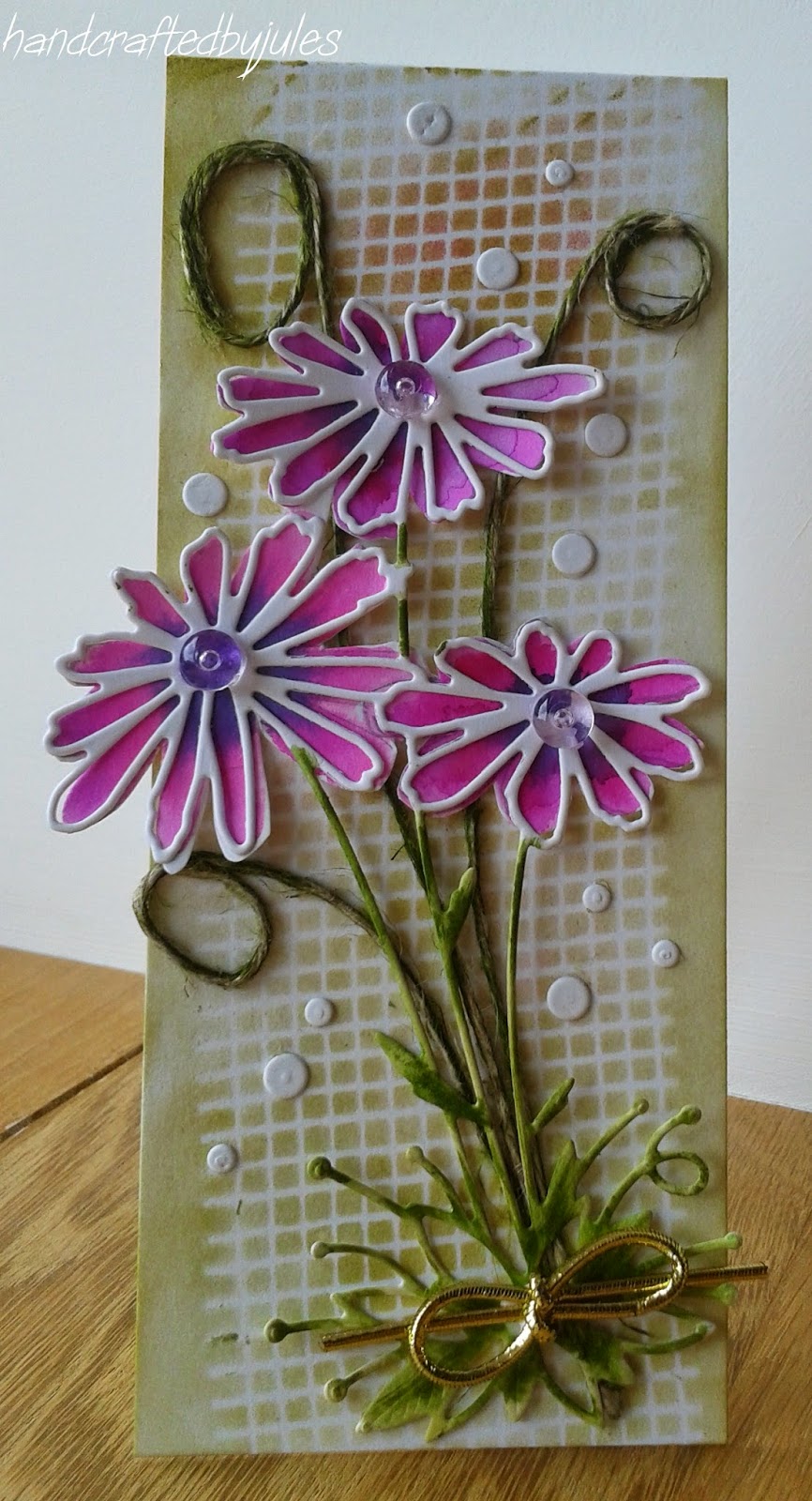 The narrow front panel was inked in DIs through a scrap of plaster board tape to create a bit of texture. The Gerbera Daisy was cut from an oddment in the box and the stems and leaves inked with a W/C marker and waterbrush. The coloured petals were left over from an experiment with colouring I hadn't used. I felt it need a little more vegetation so I found some scraps of string in the bit box and inked them with the same marker. I curled them to resemble buds and glued them to the base, then put down the daisies. Dew drops from the stash gave a little more texture but I thought there was something missing and there on my desk were the circles left from my circle burst die and added a few around. The final touch was a bit of gold elastic chord which was floating at the bottom of my ribbon box tied in a bow and glued above the leaves.
OK that's a wrap for today, thanks for popping by.
Posted by Julie B
Email ThisBlogThis!Share to TwitterShare to FacebookShare to Pinterest
Labels: Memory Box Glorious Gerber Daisies