Good morning peeps.
What a difference a day makes. This morning we woke up to blue skies, no rain in sight for the moment at least.
Today I would like to share a card I made for the CAS-ual Friday Challenge. 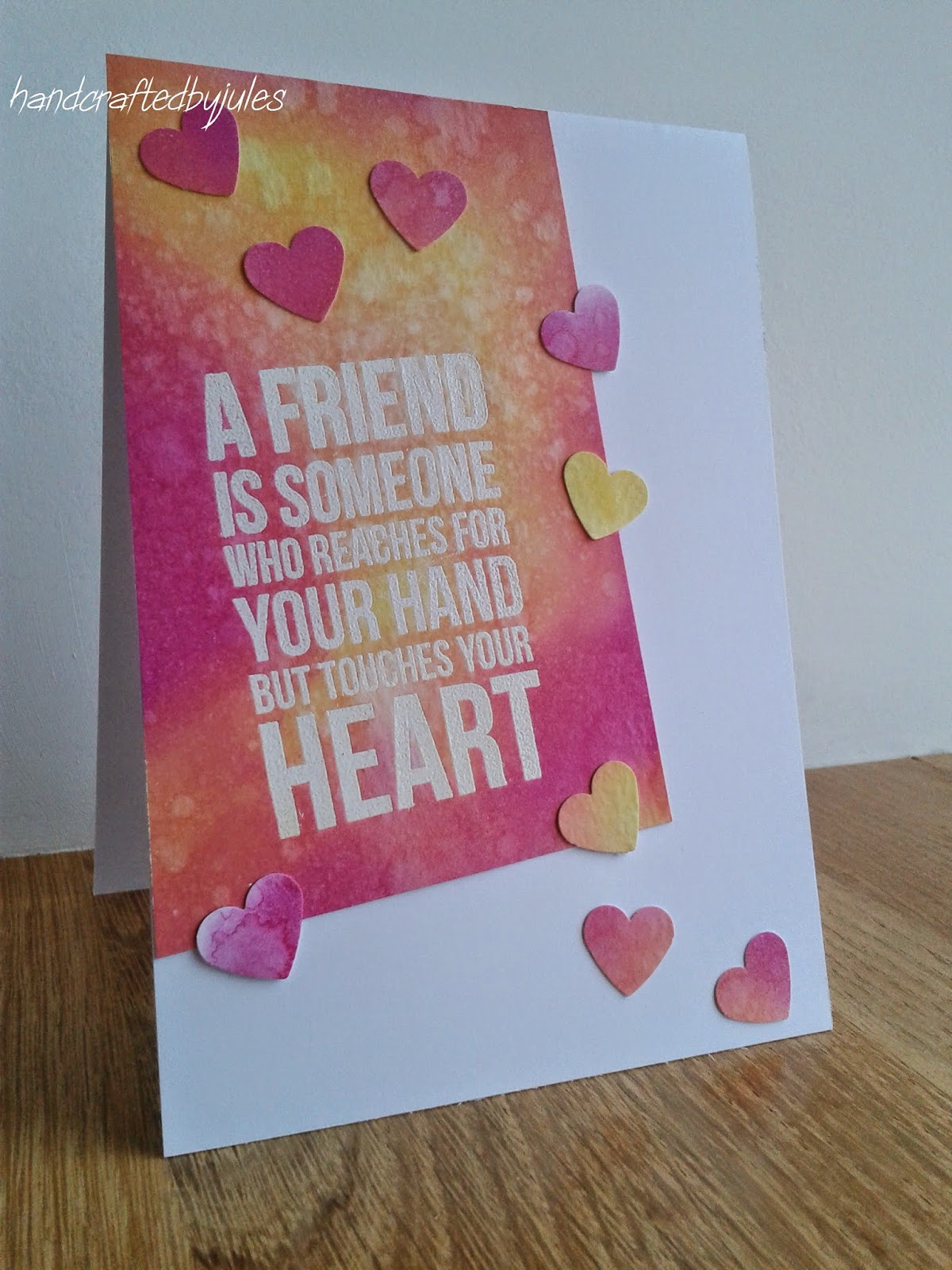 I was going to post last night but we had visitors so didn't get the chance. I was inspired by a card I saw a while ago but don't know whose it was, so apologies for the lack of acknowledgement. When I saw the challenge title was Summer Lovin I thought of this Kaisercraft stamp which I only used a while ago. I had so much fun playing with the DIs and water technique last week I used it again for this card.
The sentiment is heat embossed in detail white, then the panel was inked with Picked Raspberry, Dried Marigold and Squeezed Lemonade, such well named summery colours and splat and spritzed with 'Eau de Corporation' - water to you ( my Mum used that term when we were kids n were asking what there was to drink!). The hearts were punched from the waste. and scattered about. All on a A6 white base card.

OK, that's about it. I may be back later as Nich wants some thank you cards for work but it depends on Al who is off ragwort pulling in the far field later and he may require assistance!

I shall enter the following challenges:- 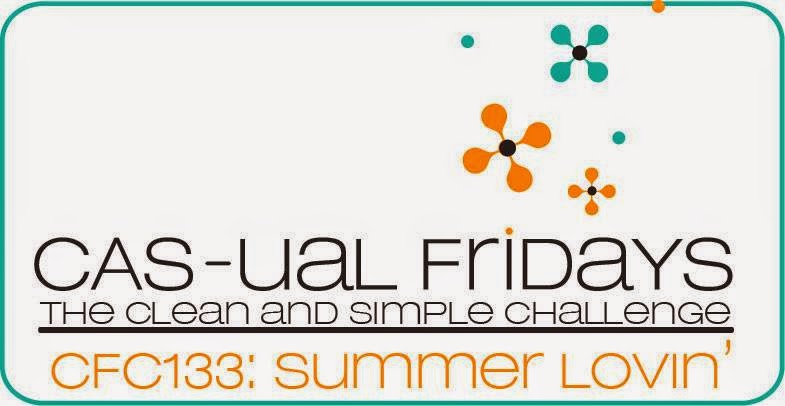 Posted by Julie B
Email ThisBlogThis!Share to TwitterShare to FacebookShare to Pinterest
Labels: CAS, Kaisercraft sentiment