Evening all.
I hope I can get through this post without crashing as t'internet is playing up. It's the cost of living in the sticks!
I know its just a few days from the longest day but hey it's never too early to start your Christmas cards. After my foray into Merry Monday I thought I would join in again when time and theme permitted. Well today their new challenge is - 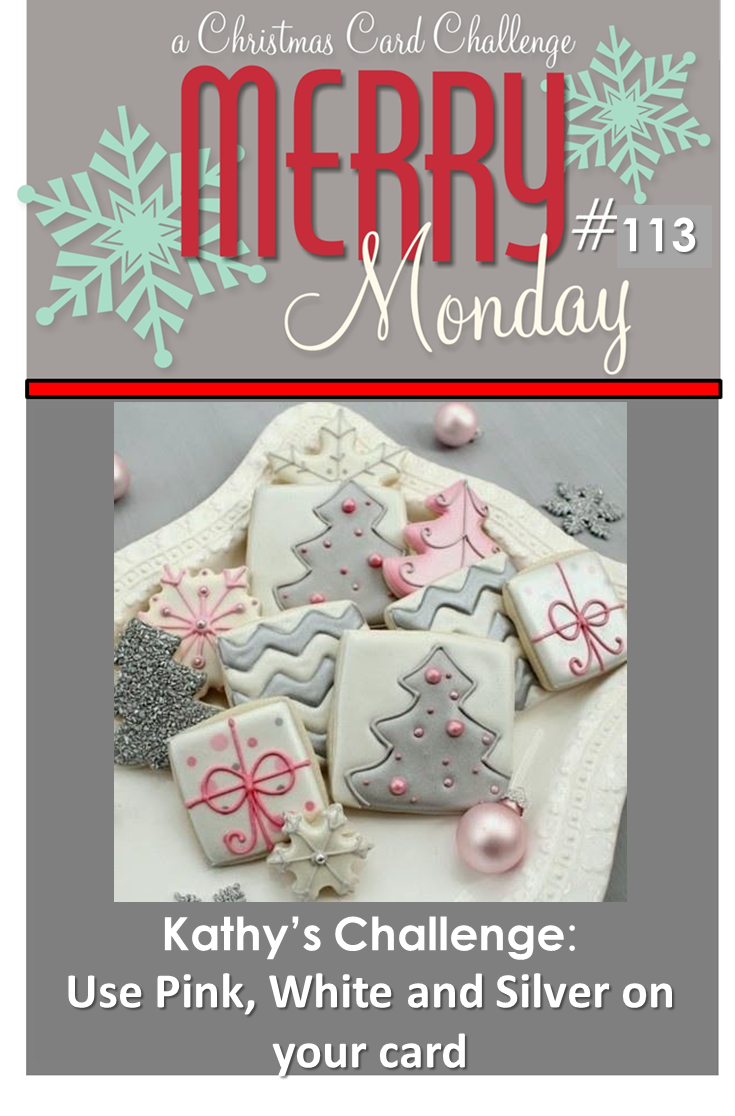 OK, not your usual Christmas colours but I quite like them so a quick make while Al is out playing and there's nowt on the telly! 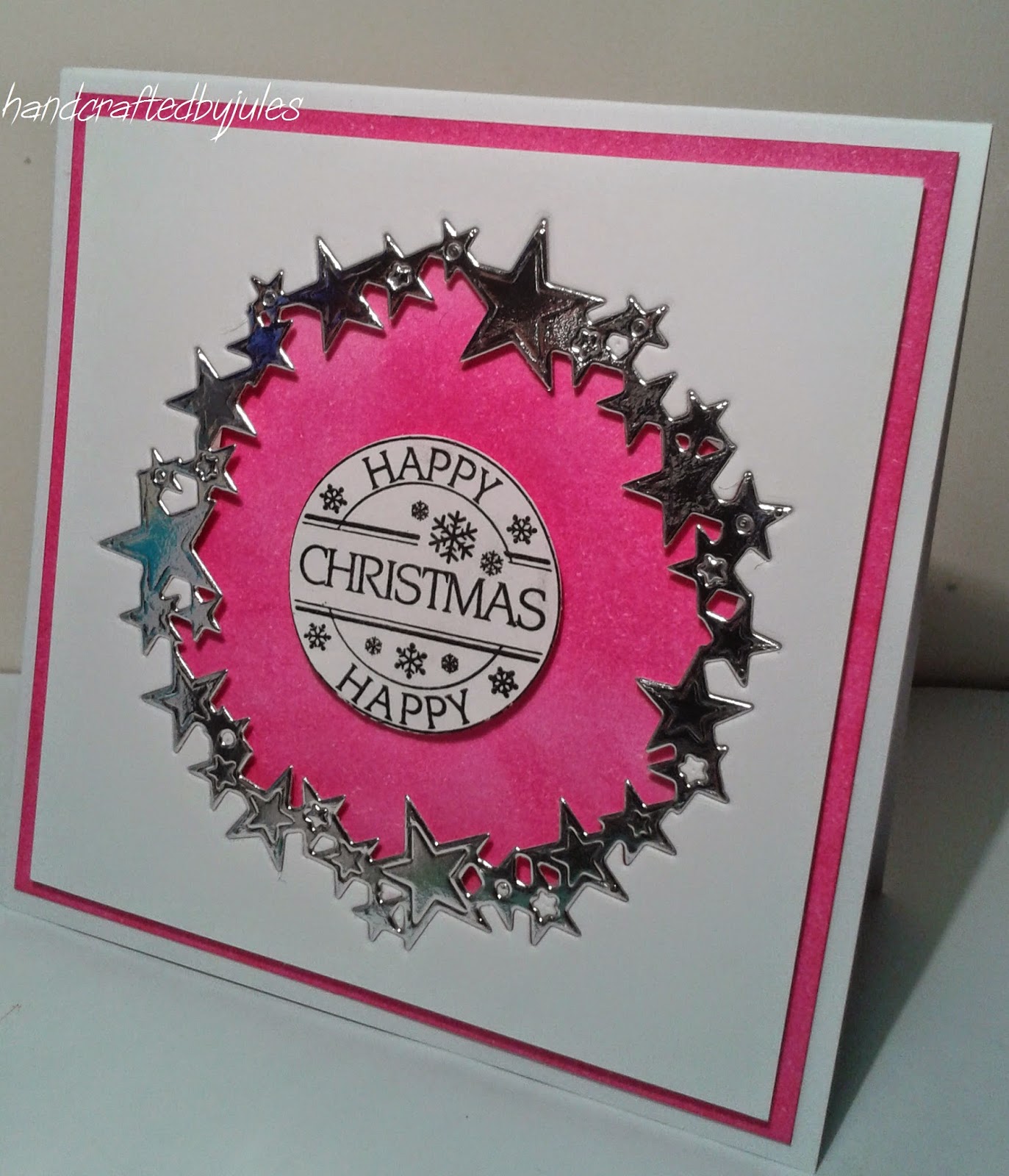 Just a small square base card with a layer of white card inked with Picked Raspberry DI and another piece of white out of which I cut a Memory Box Starry Wreath then put a silver one in the space and mounted on pads. I left the center out and stamped a LOTV circular greeting, which I punched out and mounted on pads in the middle.
OK I said it was quick so I'll say nite nite.