Good Morning, thanks for stopping by.
Our new theme at Fantasy Stampers is:-

Love is in the air this week, with Valentines Day a week on Friday. Personally I don't bother with cards etc., and neither does Al. He always says that if he gave me flowers I would wonder what he was guilty of. I don't believe you need a special day when you have a 'special' relationship. Anyway I needed to make a card as my DT creation so here goes:- 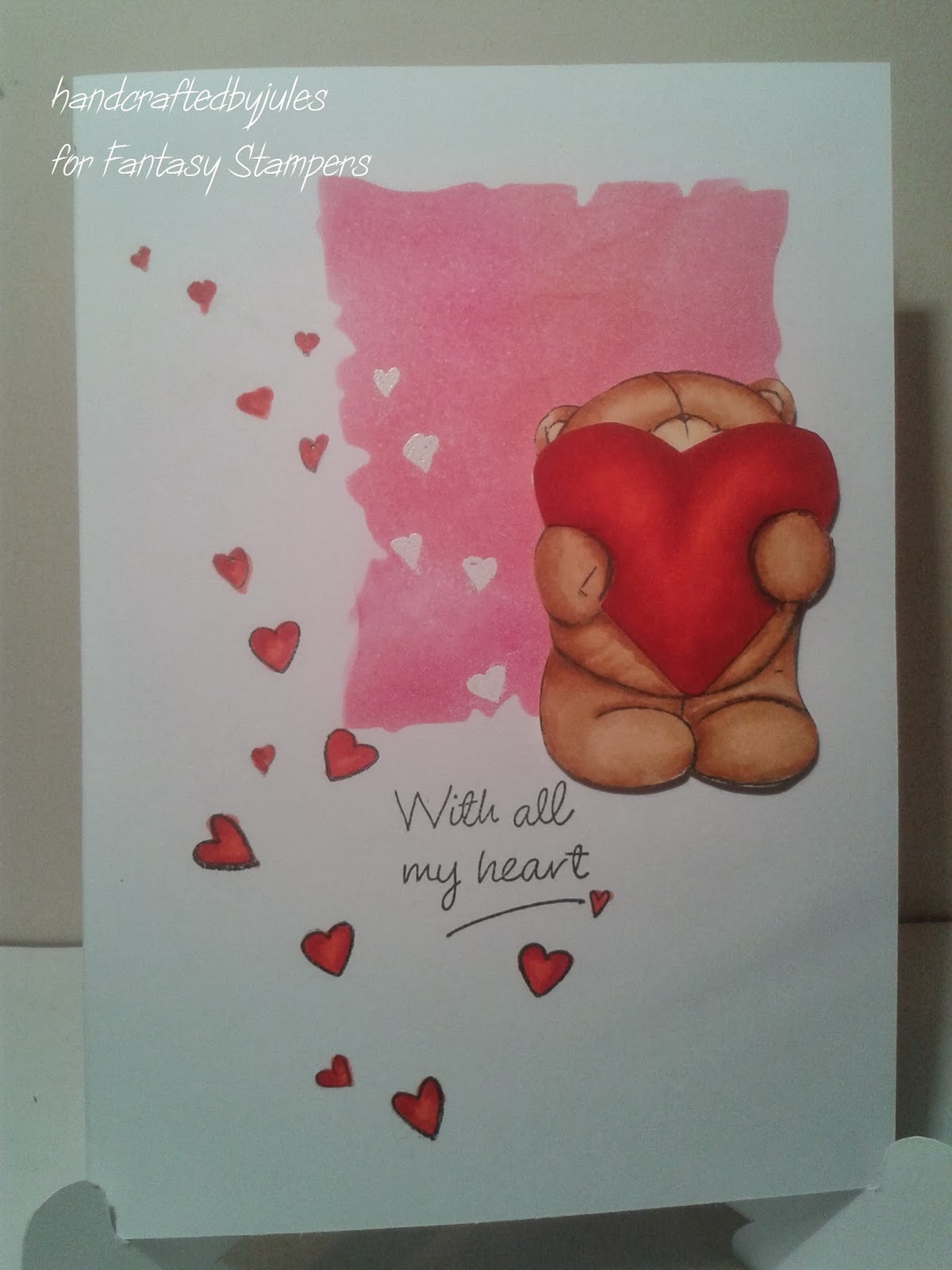 As I said earlier I don't usually do Valentine cards so don't have many themed stamps. I had a couple of stamps but they were not quite right but then I had some inspiration. This little bear should be carrying a parcel but I managed to mask off the parcel and create a heart shape which fit in the space. I coloured him using Copics as follows:-

This is a 5 x 7 base card which I stamped directly on. I found some small heart stamps and decided to create a tumble of hearts with them and drew some freehand to fill the space. The greeting and bear are Do Crafts. I drew some tiny hearts with an embossing pen where the pink rectangle was going to be then embossed them with white. I cut out a ragged square using a Marianne (CR1254) Craftable die to use as a mask to create the pink background. It was too large but I liked the uneven edge it left, so I had to move it around and mask off the rest when using it. Using a mixture of picked raspberry and tattered rose distress ink, I inked the area behind the bear. The bear was cut out and mounted on pads.

Well that's it, hope you could follow all that.
Thanks again for stopping by.

I shall enter it in the following challenges:-
ATSM - photo inspiration
A Creative Romance - Show us some love
Sweet Stampin - Love/Valentines
Posted by Julie B