It's Sunday so it must be CAS

Afternoon folks and thanks for calling around.
The weather is so much better today but it looks as though we need to make the most of it before the deluge begins again!
Apologies if you need translator, it appears on template but not on the side bar! Any answers folks?
My Grandson and his Mum and Dad were here yesterday so not much crafting, except Ben 'made' a card for his Nanee in Wigan. Actually I cut the letters and picture out and he stuck them on the card with a little help. Hope Jill likes it.

He might be only 3 and a half but he knows his letters and is quite precise.

Anyway as its says at the top it's Sunday so it must be CAS.

This weeks card is an amalgam of various challenges, CASology -purple, CAS on Sunday -making the rounds and CASual Friday - over the edge. 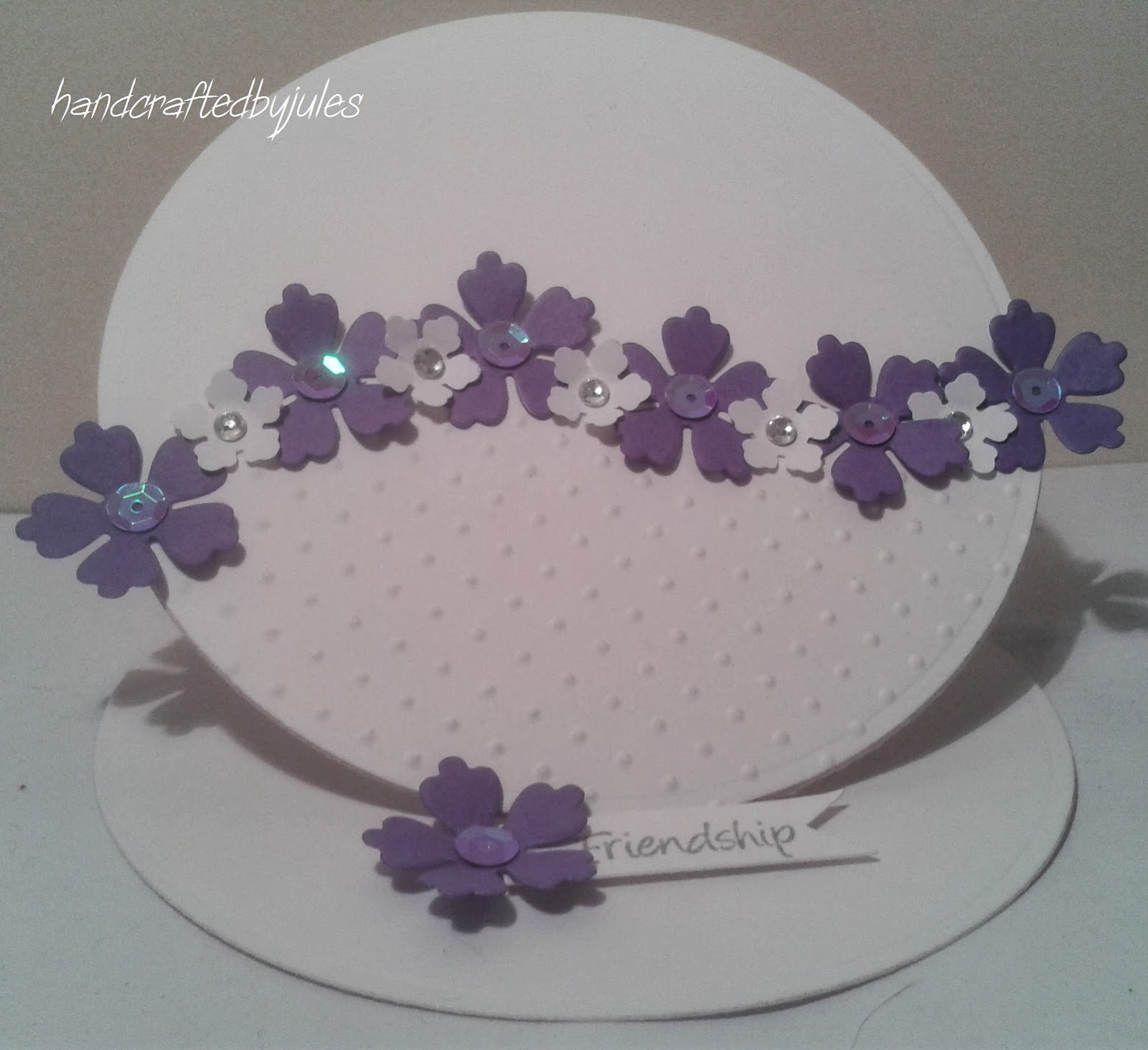 I used a Mojo Monday sketch as the inspiration, a little bit of Ying and Yang.
Circular cards tend to fall over so I decided to make an easel card this time. 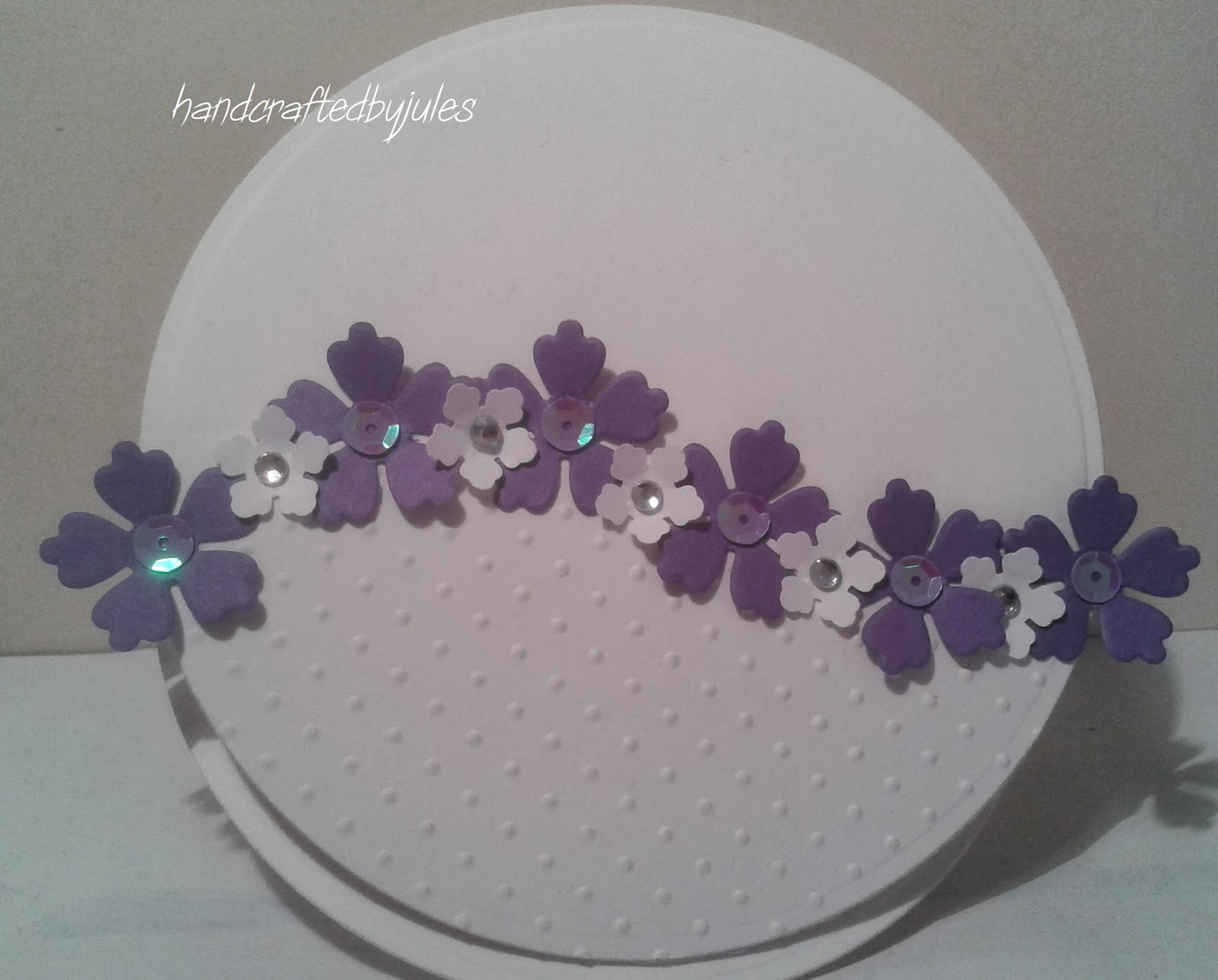 The bottom half of the card was embossed using a Swiss dot CB folder then flowers from a Sizzix thinlets set were die cut in purple with purple sequin centers and stuck along the edge of the curve. The smaller flowers were punched in white and had diamantes in their middles.
To hold the easel card up, I attached a purple flower to a strip of white card stamped with a LOTV sentiment on pads.

I shall enter it in the following challenges.
CASology - Purple
CAS on Sunday - Making the rounds
CAS-ual Fridays - Over the edge

Don't forget there's still time to enter this weeks Cardz4Guyz challenge - Horses , as it was Chinese New Year on Friday.

That's it for today then, thanks for stopping by.