Good Morning bloggers.
As it's Tuesday it means that there is a new and challenge at Cardz4Guyz.
Before I introduce the new challenge I must mention last weeks CAS theme.
There were some great entries but some sadly were not eligible as they did not follow the theme,
not enough 'white space' (an area of the card which has no image, layer or embellishment.) for a CAS card was the problem with many. However, it did not make the choice of the top 3 any easier and there was much deliberation about which ones to choose. Pop over to check them out and see the rest of the DT's inspiration for this weeks theme of:-

That could mean all sorts of different things so it's quite a broad theme, Musical instruments, singing, songs, or even just musical notes and notation. I made quite a few different cards before I came up with one that I liked. I decided on this one because it was a new technique for me and I enjoyed playing around with the background. 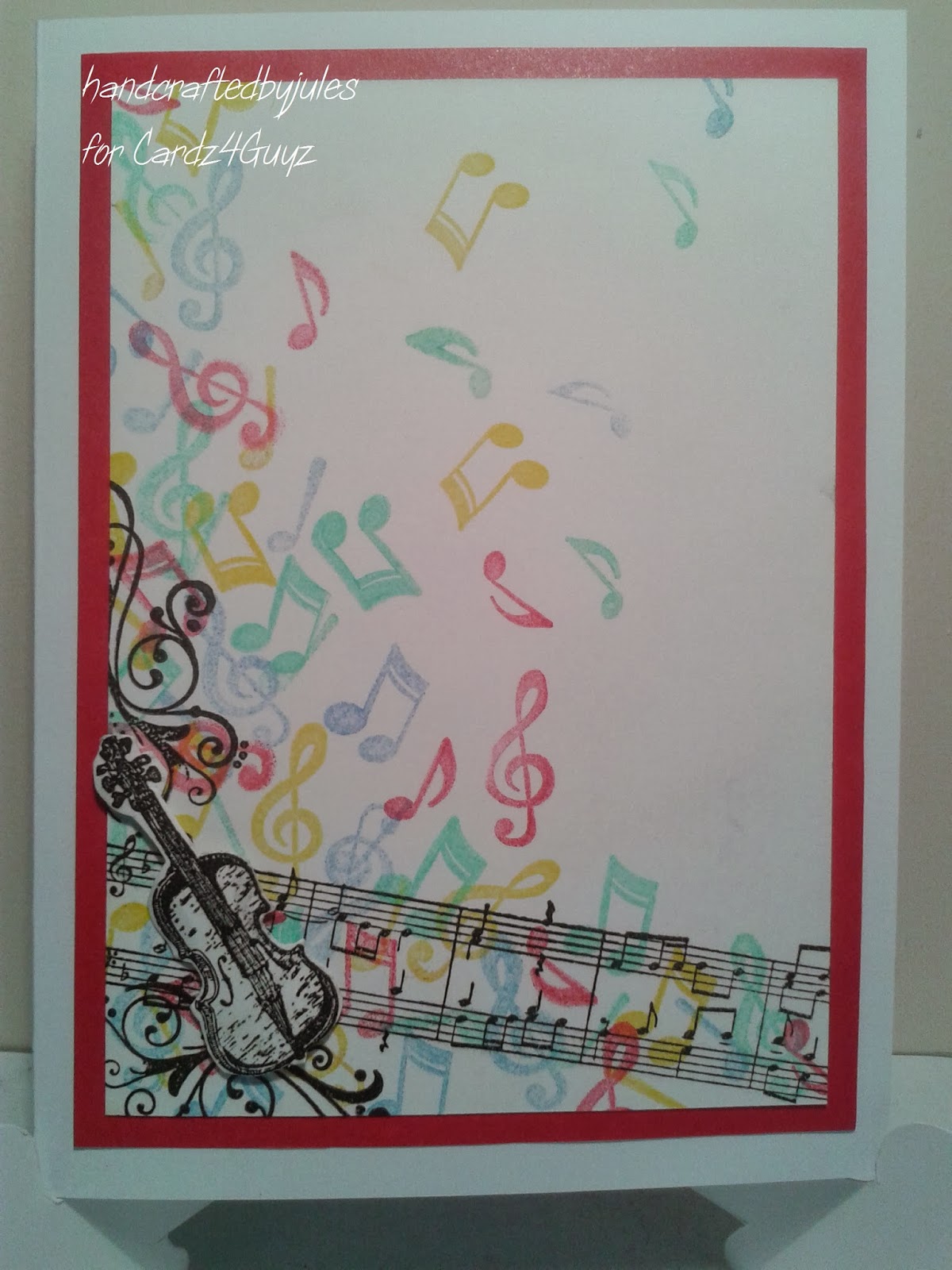 The stamps are all, except the swirls which are from NitWits, from a Marianne set, CS0860. They look quite vintage in the packet which isn't really my style, so I was quite pleased with how the card turned out, not really vintage at all.
The notes were stamped in red, green, yellow and blue ink as though they are tumbling around. The score was stamped at an angle on top. If I did it again I would have stamped the violin first and masked it before stamping the score, as it was I had to stamp it on a small piece of white then cut it out and mount on pads. The swirls were stamped off the edge at the side and bottom edge. I left a sentiment off, as I didn't want to spoil the effect.

I shall enter this project into the following challenges:-
Crazy 4Challenges - Inspired by Music

Well that's that. Thanks for popping over and please join in with us this week.
Posted by Julie B