Evening all.
The year is whizzing by and already we are in February, so that must mean a new challenge over at HLS CAS.

Here is my take on this months theme for all you romantics out there! 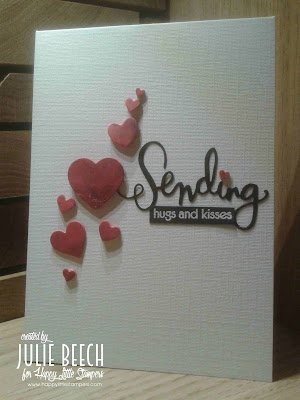 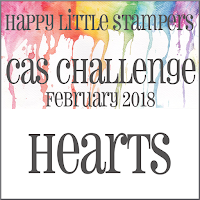 The inspiration for this card came from the very talented Loll who made this card. 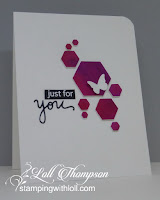 I liked the layout and the subtle colouring of the die cut hexagons with the die cut and stamped sentiment, but just mirrored the layout in mine to better match the sketch at Fusion.
The paper for my hearts were snippets too from a failed experiment of wax resist and Brusho, which had partly been used for something else. I used a variety of dies including the IO Heart of hearts and Little B hearts, to cut the hearts, popping them up on red fun foam die cuts. The die cut sentiment was one that I cut with Sarah's (Sazzle Dazzle) die at the first HLS retreat coloured with black Copic marker. The embossed one by Altenew, was stamped on a trimmed off black strip and embossed with white EP. For a little more interest I used a white linen effect base card.
That's just about from me, for more fabulous CAS inspiration check out the team here and why not join in? 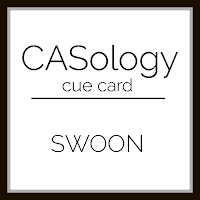 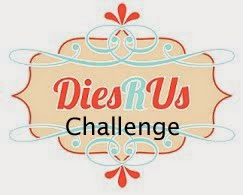 For the one I love 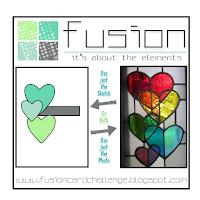 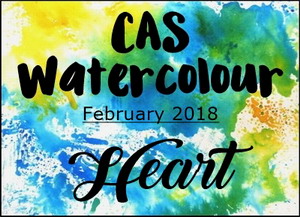