It's the 8th of the month so it's time for another Anything Goes with Dies challenge over at HLS.
As many of you may know, October is Breast Cancer Awareness month. This is a cause very close to my heart, having been first diagnosed with it over 20 years ago, followed by a recurrence 10 years later. So it was a no brainer when I saw that Time Out had the theme for their latest challenge, I had to take part. So here is what I came up with using a very, very old Cuttlebug die that my friends and I used to label cards we made to raise funds for Breast Cancer Care, just after my last brush with BC. 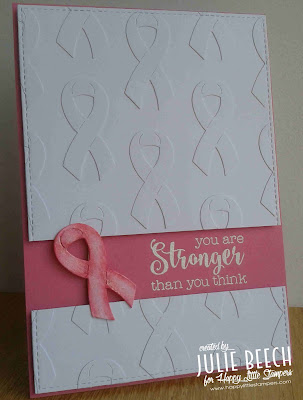 I cut lots of the ribbons from white card and laid them out in a grid on a die cut panel of the same card, gluing them down to give a faux embossed effect. One of the ribbons I coloured with Copics and a touch of a Wink of Stella. The panel was then cut and trimmed to reveal the pink base and the STAMPlorations sentiment in white EP. I popped both pieces up on some funky foam scraps and added the pink ribbon die cut.
Quite a simple design but effective I think. 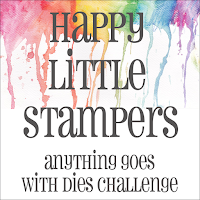 Unfortunately BC can strike anyone, I was under 40, active, not over weight and breast fed both of my children, so when I arrived at the breast clinic after finding a suspect lump,the registrar was not too worried and was going to say that it was nothing to worry about but deep down I knew something was wrong and I was forceful and he eventually did a needle biopsy but as I left he assured me there was nothing to worry about. How wrong he was, after a lumpectomy and taking Tamoxifen ( then as part of the initial trials, no radiotherapy) I survived and carried on playing tennis and badminton thanks to a great surgeon and a stubborn streak. 10 years later I went for a check up mammogram, where the radiographer spotted a shadow, a core biopsy followed. I eventually had to have a full mastectomy as the cancer had returned. Radiotherapy, Tamoxifen and more bloody mindedness carried me through;
So please, please listen to your body and check monthly this link may help.
As one lady on the ward all those years ago said, PMA, positive, mental attitude to all those currently undergoing treatment.

I'm joining in over at- 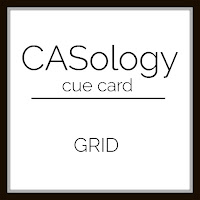 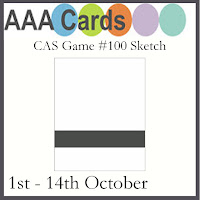 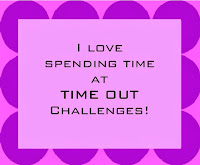 
Posted by Julie B