Good morning peeps.
What a glorious morning it is and not as breezy as yesterday. Al has resumed his battle with the weeds before it gets too hot. This place is a real sun trap with a south facing slope.
A fellow DT member in France wanted some of the heat over there, well according to the forecast we wont have it tomorrow, so the washing is in and more lined up!

As it's the weekend there is a new challenge over at Less is More - Flowers. Well that fit perfectly with a couple of my recent purchases. I bought Prim Poppy and Glorious Gerbera Daisies from Memory Box when I went to Samuel Taylors in Brighouse after Di's appointment at the hospital for her damaged knee. (She is due to have keyhole next Wednesday then should be back on her feet soon after)
I had a play with the daisy die to see what I could do, but it is not as amenable as the gardenia one I bought a while ago. Anyhow this is what I made in the end. 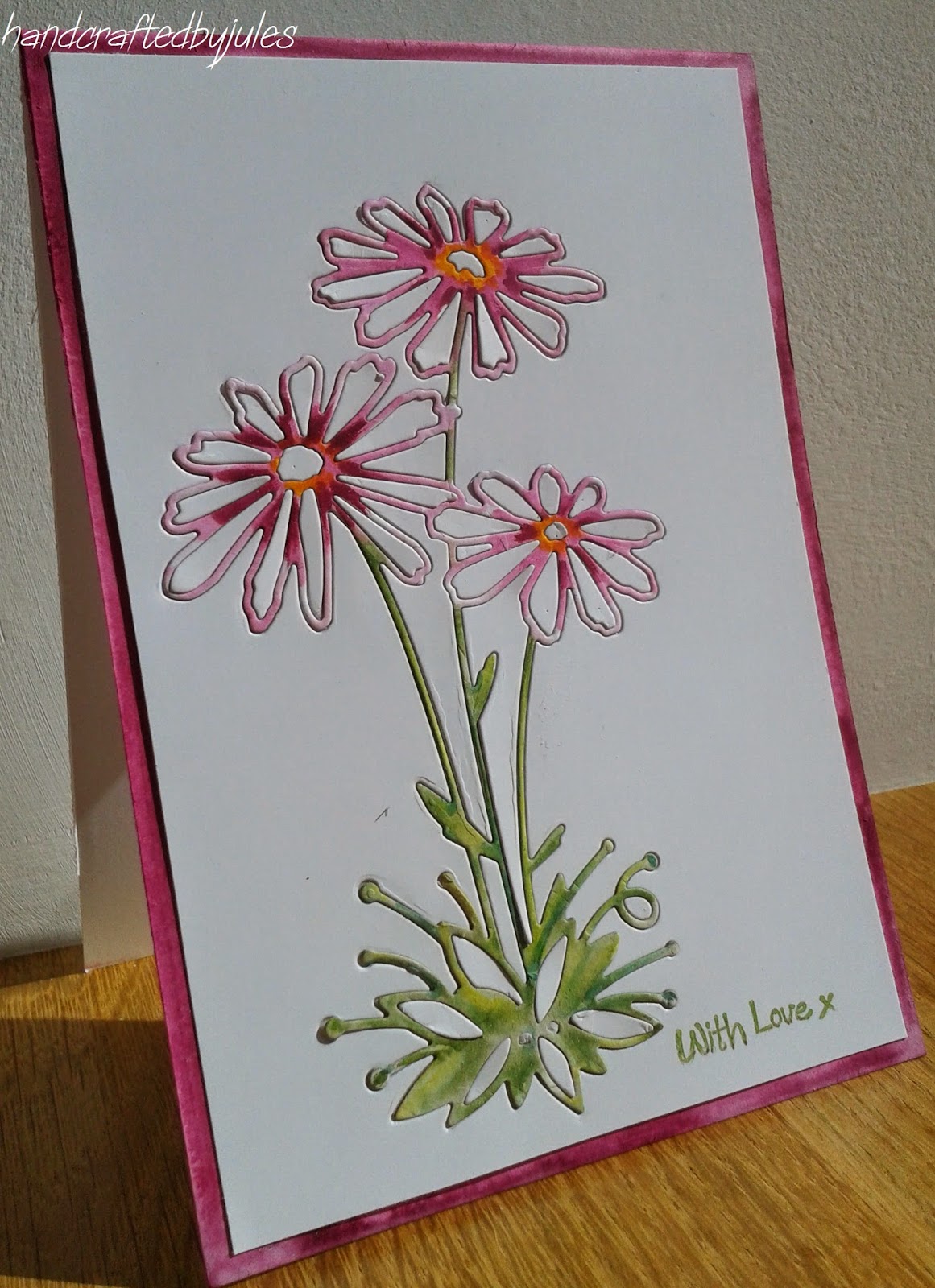 This one is made by die cutting then saving all the bits, there are a lot, then after painting with w/c put it back together(very fiddly). I then mounted it on an A6 white base which I coloured with the same w/c to create a contrast border. Not sure if I should colour the flower centers but I may try that another time.

Thanks for dropping by and thanks for your comments.