Hi and welcome to a quick post to share a card made for a neighbour's 60th party invite. 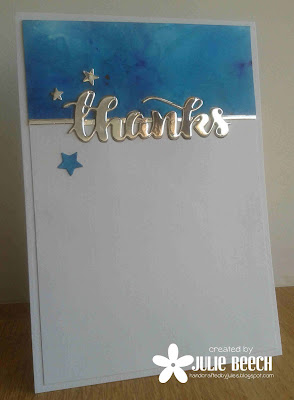 My husband decided I should make a card rather than ring up as the initial invite was lucky to find us. The address they used was a little bizarre but thanks, I think to the postie's local knowledge, it arrived amongst a load of Christmas cards. He said that I could include the proper one if we sent a card and surely I had one anyway!
Well I had but none were suitable so using inspiration from CASe this Sketch and CAS mix-up I made this. (Forgot to add a stamp so no good entering at CAS Mix Up!)

To start I created an inky panel from starch, brusho and cling wrap then placed it over a panel of white card, then die cut the thanks. The initial idea was to use a black die cut to replace the one cut out but in the end I went with silver. Then, I decided to fit a thin slither of the same silver at the junction of the two colours and placed an further silver thanks over. I could have done away with all the inlay piecing together but I did prefer the end result! A few punched stars in the same silver card and a die cut one from the inky panel complete. 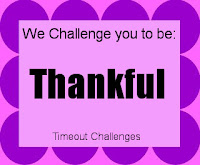