Evening folks.
An extra post this week 'cos I've not gone to my craft class with Di as we are still at home, hubster has a bad back so didn't want to drive over. :(
Anyway I had a little crafty time after my Daughter and Grandson went home after a lovely visit earlier today. I think they took the sunny weather back with them as it is now rather dull and a little chilly. Log burner and a bit of telly later I think!

Anyhow here is the card I made after they left. 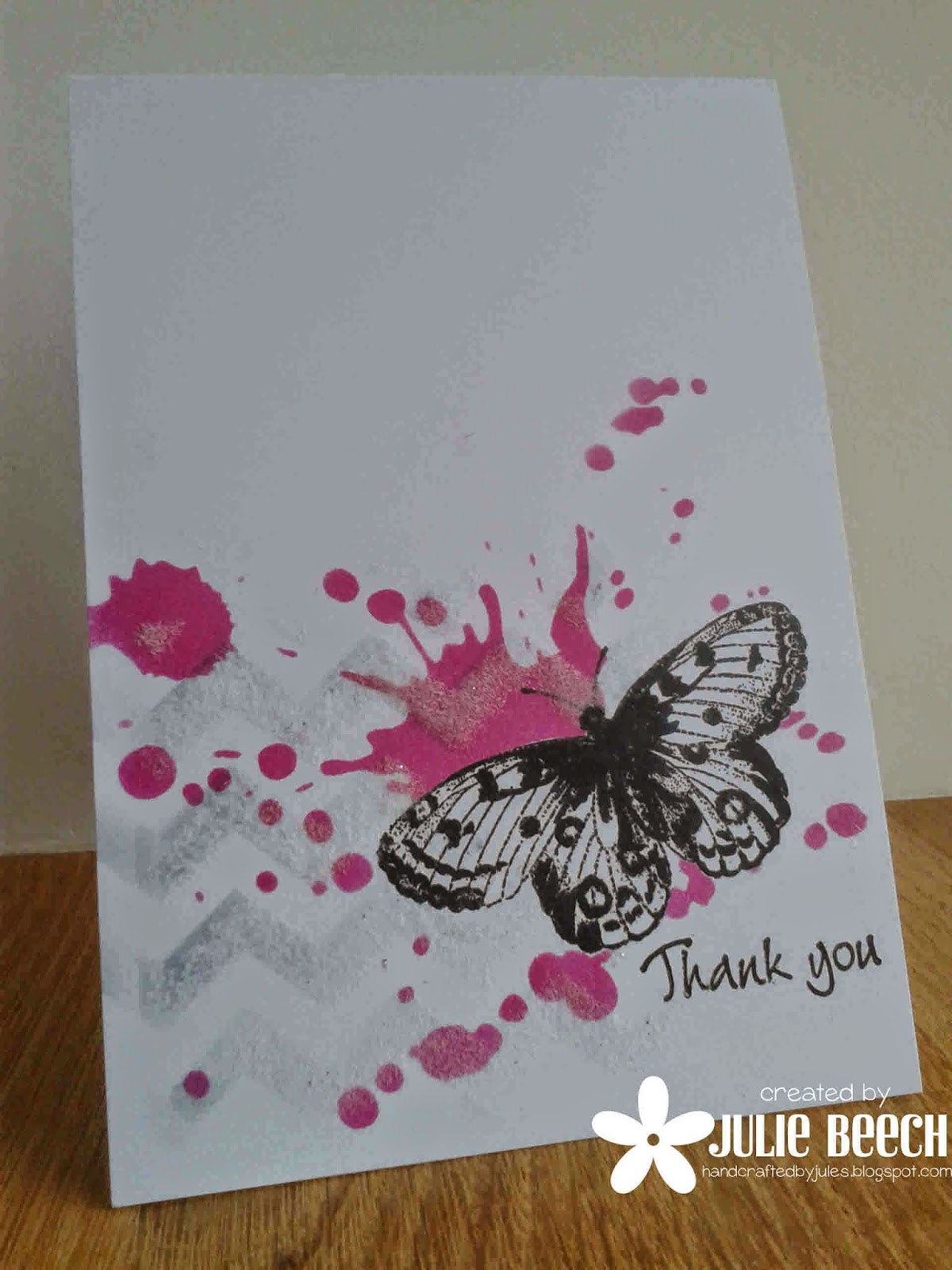 I made it with a couple of challenges in mind.
I'd thought about the card I would do for Less is More's challenge this week but wasn't sure about the colours I was going to use until I saw the photo over at Card Concept. I'm not sure which of their categories it fits into, I always struggle to say. Anyway it's CAS and it's a one layer card. I was influenced by the chevrons and the bright pink splashes of colour as well as the black and grey upholstery.
I stamped a butterfly in black then masked and inked some splatters in Picked Raspberry DI through a Tim Holtz stencil. I then wanted to suggest the chevrons so I made a stencil using diecuts and added some Fun Flock and Weathered Wood DI.

OK, I suppose I better go and see what the dog is barking at!
Thanks for stopping by,
Joining in at -